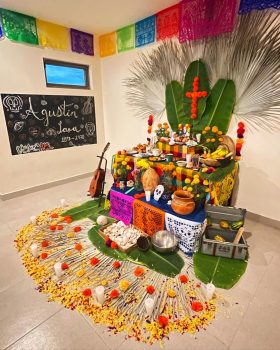 2005 - Beca Program started from an $800 usd donation made in memoriam to Maureen Ostrich by her daughter. A young women was chosen as recipient from the migrant camps in Pescadero. Our first becario was endowed from secundaria, through prepatoria and university in La Paz, and graduated as an elementary school teacher.