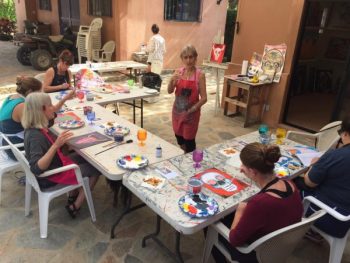 “There is no question that visitors can spend days browsing and shopping the incredible art galleries of Todos Santos to find their own unique and special treasure. And now Todos Santos Eco Adventures’ guests can book an art class with renowned local artist Tori Sepulveda from Galeria Victoria. Proceeds from the classes are donated to the Palapa Society, which has spent the last 15 years working on the development and administration of scholarship, educational, environmental programs for the benefit of local children and their families. The class is approximately 3 hours long and takes place at Tori’s studio/gallery, Galeria Victoria, which is at her home in Todos Santos. Tori serves on the board of the Palapa Society and teaches a regular art class on Thursdays. She frequently auctions off her paintings to raise money for The Palapa Society.” To learn more about Shop with a Purpose, please click here.

Many thanks to all the participants and our wonderful sponsors.
Fotos de la Carrera de Todos Santos de hoy. Muchas gracias a todos los participantes y a nuestros maravillosos patrocinadores.

3. Thank you to our Carrera Sponsors! 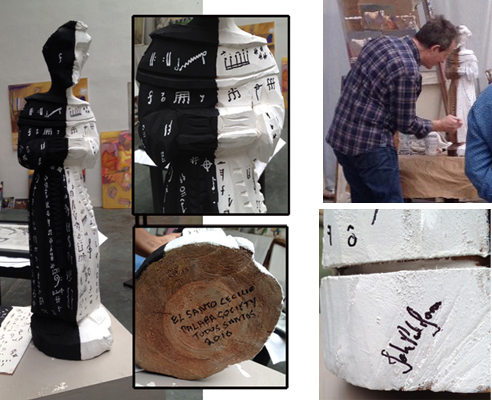 You can own this exclusive “Painted Saint”, painted by Led Zeppelin’s John Paul Jones. All proceeds benefit the Beca educational scholarship program for students. Place a bid now.

Lots of exciting things happening at The Palapa Society—Beca Angels, land for a new Palapa Learning Center, and more community support. Read all about it in the latest newsletter. Click to read more…

The Palapa Society extends it’s deepest thanks to Peter Buck and his talented friends, for believing in the goals of the Palapa Society and helping us to achieve our dreams of building our own permanent home. 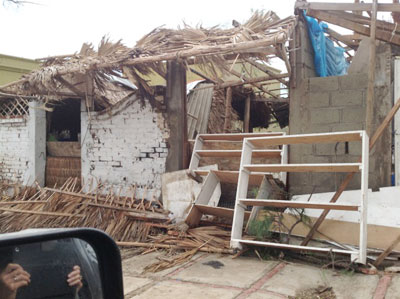 Our small town of Todos Santos, in Baja California Sur took a direct hit from Category 3 Hurricane Odile on Sunday, Sept 14th, 2014. The devastation is huge leaving no services of power or water. The markets from our small town have been depleted of supplies, many homes have been leveled, and people are struggling to survive. Still this small pueblo shows the true heart of the people of Baja with their spirit of endurance and community cooperation.
The Palapa Society of Todos Santos AC is so grateful to be able to help so many of our local towns people recover from Hurricane Odile. With your contributions we will help to feed, clothe and rebuild the homes and lives of our people in this beautiful Pueblo Magico. There are so many who have lost so much but have survived this disaster with hope and dignity. Together Todos Santos is strong and will persevere.

The Palapa Society Todos Santos is assisting more than 150 people who lost their homes and were totally displaced. We have assisted in all their needs while they are temporarily housed in Todos Santos. Phase 1 of this effort is to provide food, water, shelter and clothing.

Phase 2 of Palapa Society’s relief effort will include larger needs in the community, reconstruction and assistance with building materials for people who lost their homes.

Your generous donation is welcomed by the Palapa Society of Todos Santos Team. We are working hard in helping people in the community.

This relief effort will become a reality thanks to your generous contributions! 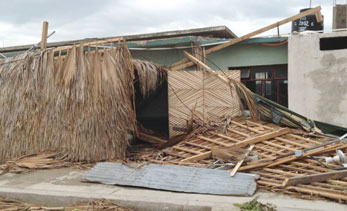 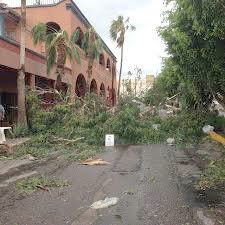