Patricia (Paty) Baum was born in Lansing, Michigan, where her father taught literature at Michigan State University. In 1962, he ac 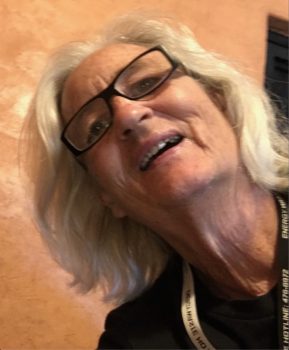 cepted a teaching position at Lewis & Clark College in Portland, Oregon. Books were the central focus of the Baum household; the family made frequent trips to the Multnomah County Library and area bookstores, including Powells. Baum attended Riverdale School, Metropolitan Learning Center and John Adams HS. She eventually pursued a BA in film production at San Francisco State and an MEA from University of Guadalajara. In 1995, a surfer friend told her about Todos Santos, and she and two friends spent a life-changing month in southern Baja. The visit inspired her to make a permanent move to Todos Santos in 1996. She inherited a surf shop from her business partner, then moved it to Los Cerritos, where she lived in a trailer on the beach for 13 years. She married Daniel Garcia Sosa; their son, Silvio Carlos Garcia Baum was born in 2000. He attended school in Pescadero and Todos Santos. In 1999, with 500 books from her father’s library, she founded what is now the Biblioteca Elena Poniatowska.

During her 26 years in Todos Santos and Pescadero, she inspired, facilitated and participated in many community-based social and environmental projects including: spay and neuter clinics and educational outreach, making Playa Los Cerritos car-free, beach and arroyo clean-ups, the first community recycling program, three sea turtle groups, two libraries, a bi-lingual school, four youth-in-video films with the Escuela de Cine Leonard Perel, a ten-year stint with her Future Biologist’s field learning, ocean safety program in Pescadero, and numerous collaborations with like-minded environmental educators. She co-authored two social science research papers about Baja, and authored, The Illustrated Guide to Sea Turtles in Baja California, which was distributed free-of-charge to Baja Sur middle schools. Her love of books and life-long learning has not waned over the years, so her full circle back to the Biblioteca Elena Poniatowska is a natural progression. 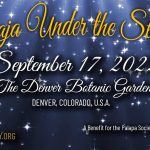 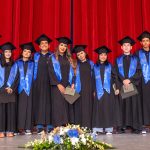 On July 11, The Palapa School held its first graduation eventwith middle and high school students. This joint event was held at the Manuel Márquez de … END_OF_DOCUMENT_TOKEN_TO_BE_REPLACED