Hotel California and Vaso Loco, LLC, a company formed by former R.E.M. guitarist Peter Buck, will host the third annual Todos Santos Music Festival, a seven-day music event benefiting the Palapa Society, AC, who will distribute a portion of the proceeds to other Todos Santos charities. The festival will be held in Todos Santos, located in the southern Baja region of Mexico on January 16-18 & 22-25, 2014. 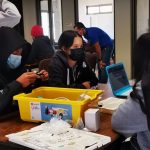 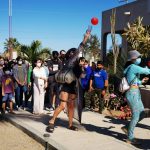